Safer over the railway tracks

In cooperation with Zavarovalnica Triglav and Slovene municipalities, his company equipped 36 dangerous road sections: the COPS@rail system was installed at twelve level crossings, where only St Andrew’s Cross signs were erected. There are 400 such crossings in Slovenia, at which around 20 traffic accidents happen every year. 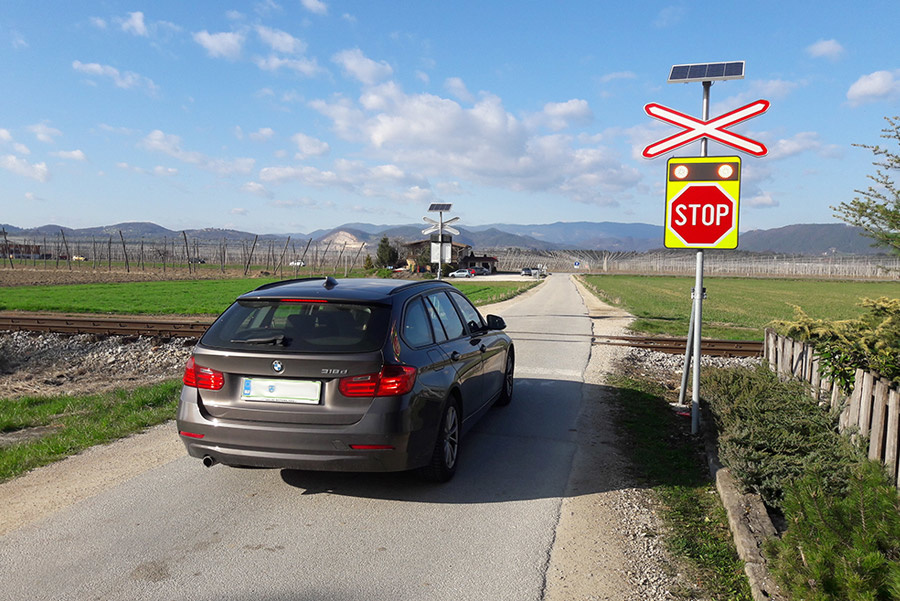 The Cops@rail system in Dobriška vas in the Municipality of Žalec.

Since April 2018, the Cops@rail system has been operating in Dobriška vas in the Municipality of Žalec. Unfortunately, in the past, very serious traffic accidents happened on the railway crossing there.

Zavarovalnica Triglav and COPS systems continue their cooperation in order to improve traffic safety. This year, additional 12 Cops@rail systems will be installed.

The COPS@rail warning system is powered by solar energy. It consists of a contrast backboard with a built-in STOP sign, flashing lights and sensors that detect oncoming vehicles. The lights alert the driver of the nearby unprotected railway crossing, which increase in intensity if the system does not detect a decrease in vehicle speed.