Together Calming the Traffic

How fast do you drive? 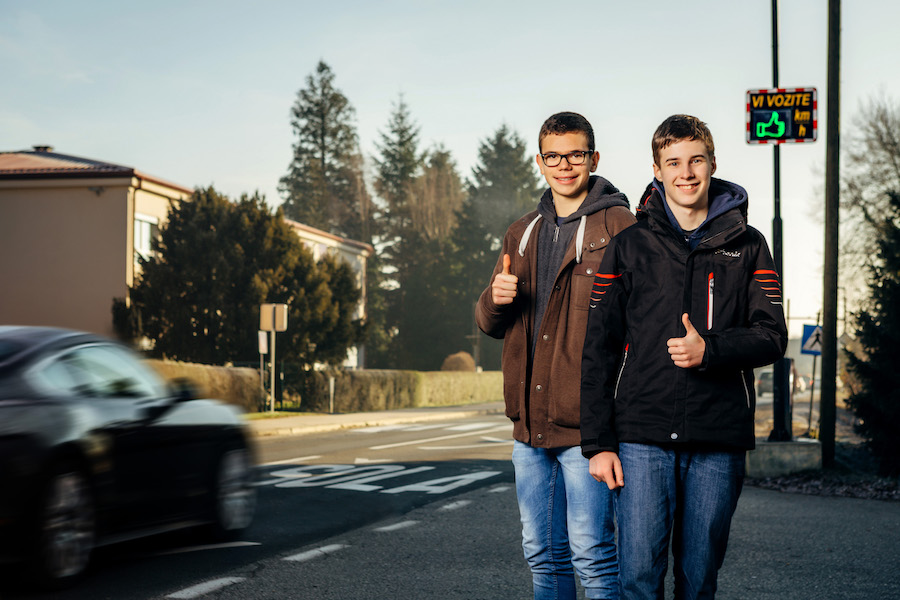 By co-financing the Your Speed signs, Zavarovalnica Triglav contributed to better road safety in the vicinity of schools and kindergartens and on routes to school. The results are most visible on the sections where the regional road connects to the residential street. Results are encouraging as the average speed in the vicinity of primary schools and kindergartens decreased by 2.5 km/h, while 4% of hasty drivers reduced their speed to the allowed 50 km/h.

A contest was held among the participating schools, with the aim that primary school pupils encourage drivers in the local environment to reduce their speed to the allowed 50 km/h. 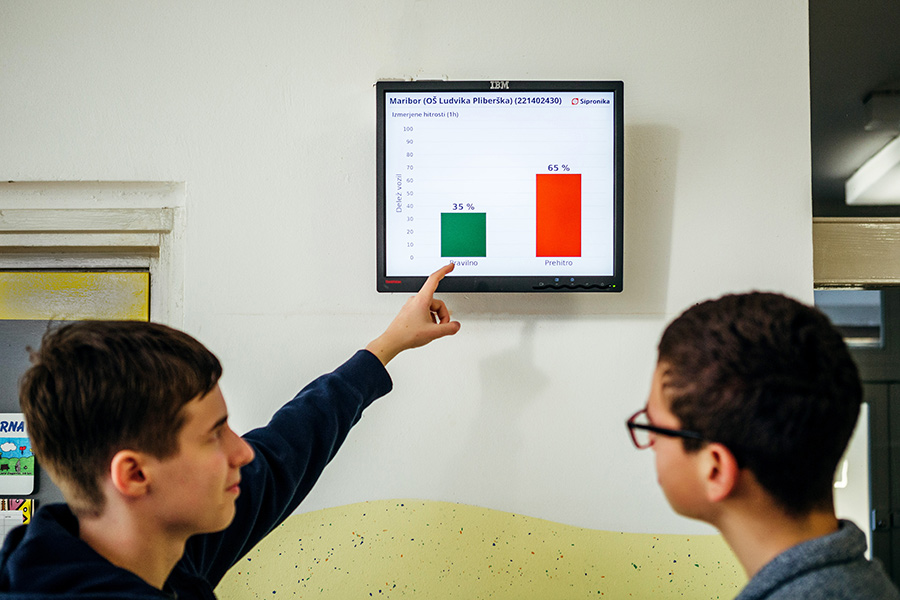 The ninth-graders Matevž Čelik and Lan Martin Kompan from the Ludvik Pliberšek Primary School in Maribor observed that after the installation of Your Speed signs the drivers became more careful, especially during the arrival and departure of schoolchildren.

According to the data of the Slovene police, speed is the most important factor affecting the severity of the consequences of traffic accidents involving pedestrians. Calming the traffic in residential areas where pedestrians are most exposed is one of the key elements of preventive activities, which has proved to be an effective measure to reduce the number of road accidents and their consequences.

The smart “Your Speed” MHP50 signs fall into the category of friendly preventive measures for improving road safety. The exemplary drivers receive praise, otherwise the sign shows them that their behaviour behind the wheel is inappropriate. The system saves and processes traffic data, which will appear on a special web portal or monitors installed in nearby schools. This has a positive impact on raising awareness of children about the importance of appropriate driving in pedestrian areas, while the participating municipalities can use the data to design various traffic management measures in the surrounding area.

In 2016, a total of EUR 2.9 million was allocated to prevention activities of Zavarovalnica Triglav, of which 11% to road safety.